The only reason I’m doing a makeup tutorial is because you should know that if I can do it, you can do it. When I was in middle school, I just was DYING to get my hands on a cover girl liquid-to-powder foundation compact. It didn’t matter that scraped over my acne, it just looked like I’d painted over the holes in the walls without spackling first, I wanted to wear makeup, dangit! Eventually, I realized how gross that looked and gave up on foundation until I was about 25. Electric blue eyeliner and mascara were totes my jam though, so I rocked that as much as possible (mostly during the aforementioned hippie phase) along with white eyeliner. Used a certain way, you can really pull of a nice “I’m weird, don’t ask” kind of look.

Anyway, once I ran out of the makeup I found under my Mom’s sink, I kind of let it be for a while. Every time I tried it, it was a total fail. I couldn’t find a single foundation that didn’t make me look like I was trying to hide something or like (as my friend on the bus said about that ONE girl who wore too much Maybelline) you could scrape it off with a quarter. With my hippie vibe in full swing, I finally decided makeup just wasn’t for me and went au naturale until I discovered Bare Minerals when I was about 21 (this was when it just came out and was all the rage {am I old enough to use the phrase “all the rage”?}). Finally, here was a makeup that didn’t have to go on in a quarter-inch layer! Still, I rarely wore it because it still looked kind of chalky and gross when my skin wasn’t perfect… and if my skin looked good, I didn’t want to cover it up! It was a stupid, annoying catch 22. Besides, when was I going to stop getting acne? (P.S. I’m still waiting.)

So I gave up on makeup again until about age 30. By then, my skin seemed to have finally realized that I had, indeed, passed puberty and stopped breaking out so often. [Side note -I learned that the more I wore makeup, the less I touched my face, so I didn’t mess it up, the less my skin broke out.] So I was hanging out with a friend and she had some Chanel foundation. We happened to be the same shade even though she’s blonde and half Colombian and I’m brunette and all white-girl British. I couldn’t believe how nice it was. Well, I could, I mean, it was CHANEL, for goodness sakes. What did it cost, like $400? I didn’t even want to ask. But of course, like usual, I liked the expensive stuff. This stuff covered my uneven spots but allowed some freckles to show through, and generally just looked really nice.

My faith in makeup restored, I checked the price… ok, $45 at the Macy’s counter… hrrrmmmm. Well, the mineral makeup was like, $24. And it might as well have been flushed down the toilet because I didn’t like it and therefore I didn’t use it. Oh, btw, this is a huge lesson for me with makeup. If you don’t like it, you won’t use it! So take it back and get your money back. I did that last year with a bunch of fails from Sephora and thanks to their amazing customer service and return policy, I got about $375 in store credit. What I bought with that is like 50 more posts. For now, let’s just say that one of my favorite items most recently purchased is the Urban Decay Naked Smoky Palette. I’ve always enjoyed playing with eye makeup, and I’m proud to say that I think I finally have the hang of a few styles that are reasonably easy to replicate. And remember, this is the girl for whom the pinnacle of fashionable eye-makeup was sparkly aquamarine eyeliner and Dr. Pepper lip smackers. I’ve come a long way in my 3 years of actually trying with good quality makeup, and I think you’re going to be juuuust fine. 😉

Alright, get on with it, tell us how to do the smoky eye already, Jemma! Ok, ok! No tricks, just step by step instruction.

If you have a great palette like the one I linked above, this is very convenient. If not, you need a few shades (shades indicates lightness to darkness) of eye shadow in a similar hue (refers to color) if you want a more subtle look or you can choose to pick something a little more varied and funky. I’ll show you how they can each look, but for now, I’ll just teach you how to get the basics down with neutrals. First up, here’s what I’m using today. 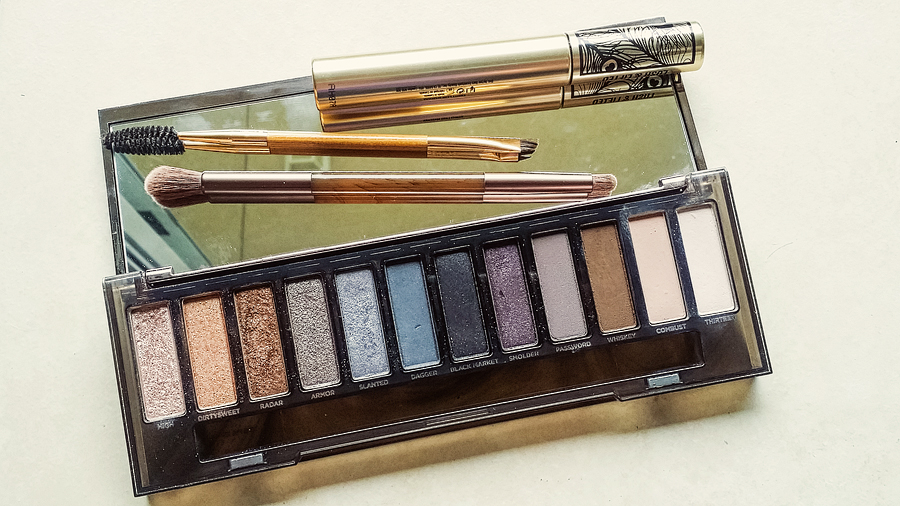 Step 1 – Get some eyeshadow primer and cover your eyelid and above the eye, up to your eyebrow. It helps the shadow stick around for longer and not get all weird and clumpy and stuck in creases. Now, its time to realize that you can divide the area between your lashline and eyebrow into regions. Here they are, lashline to crease, crease, and crease to brow. 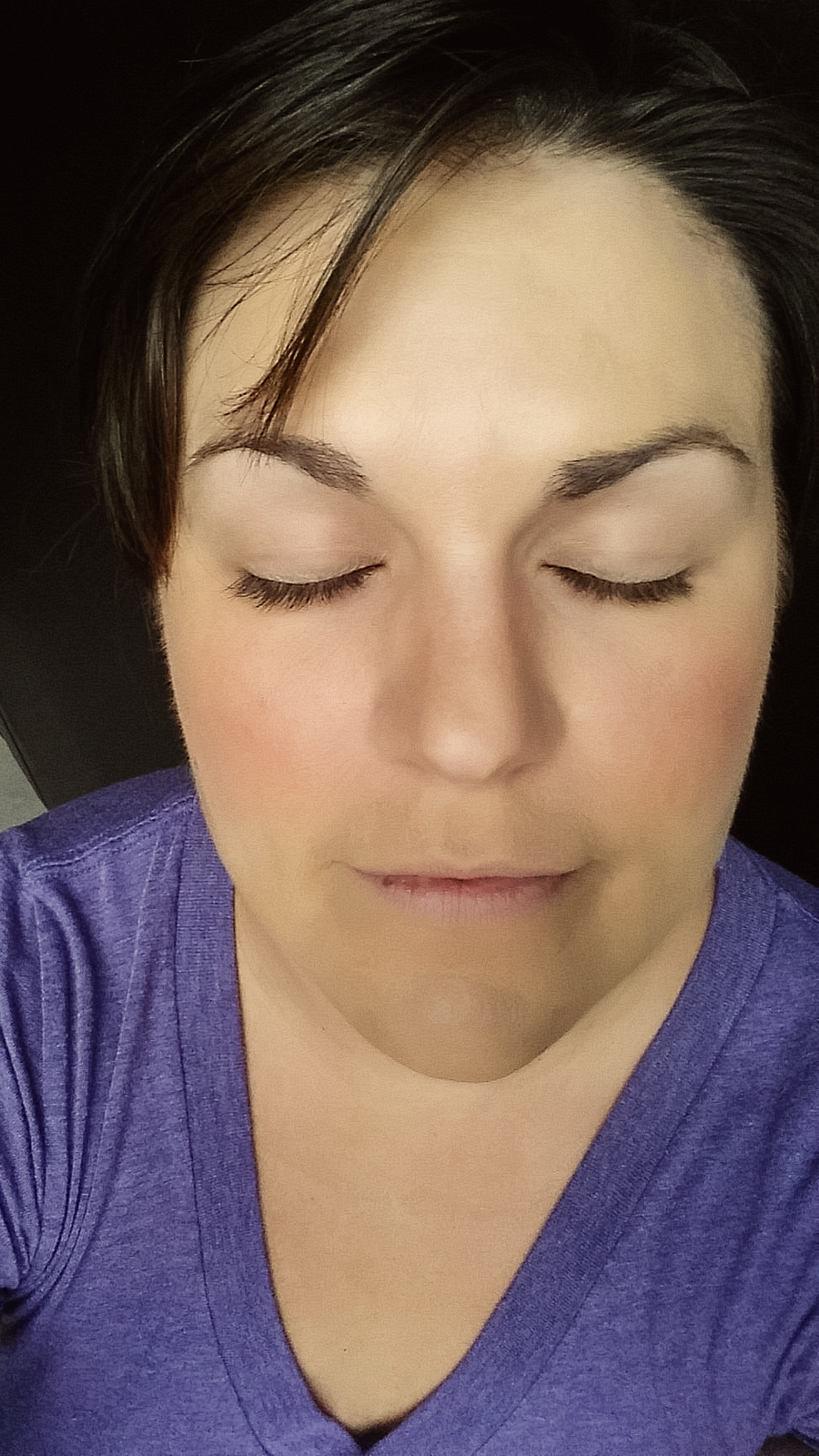 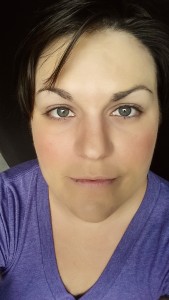 Step 2 – We’re going to color in each of those sections with a different shade. Let’s start with your main lid. Pick a medium to light shade for this area. Get a nice fluffy eyeshadow brush that looks like the one pictured above and gently brush the color on. You need a nice fluffy brush. If you get done with this and you hate it and think it looks stupid and you didn’t have a big fluffy brush, get one and try this again. 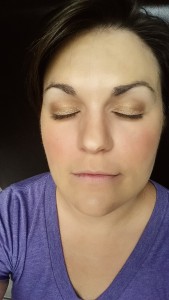 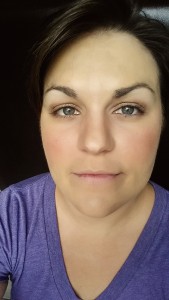 Step 3 – Let’s define your eye and bone structure. A general rule is that things that are covered in darker shades will appear to recede while lighter shades create the illusion that they are closer to you. That’s how artists paint works that look realistic and not flat. That’s how skilled photographers can make you look skinnier or fatter without Photoshop.

a.) Grab the next-to-darkest shade onto a domed brush (or at least one with a smaller surface area) and cover the crease in this shade. 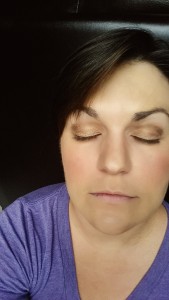 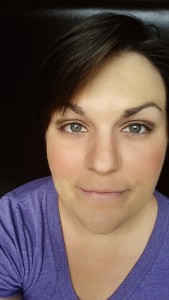 b.) Take your fluffy brush and use a very light shade, lighter than your skin tone, to highlight just under your eyebrows and on the inner corners of your eyes. This is hard to see in the photo, but I did it. You’ll notice it more in a later pic! 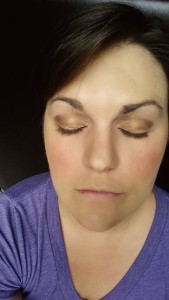 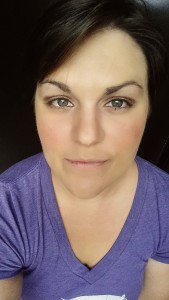 c.) Take your fluffy brush and gently blend in the area between the crease and the browbone. You can blend almost anything to an acceptable state. If you need to, grab some more of whatever color you need to emphasize it appropriately. 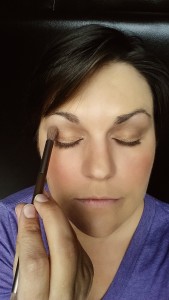 d.) Blend some more to eliminate any hard lines created by demarcations in shades.

Step 4 – Finally the smoky part! Take that domed brush again and very lightly dip into your darkest shade for a classic look. Gently dust it under the outer lower lashes as close to the lash line as possible. Do the same thing above the outer top lashes. Blend this in toward the center of your eye along the lashline. 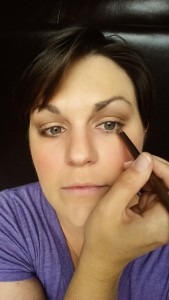 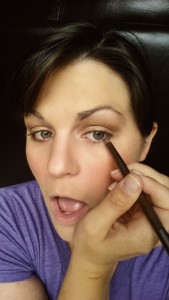 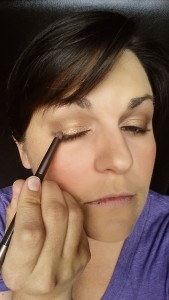 Step 5 – Don’t judge it just yet. You look weird because you haven’t done two things yet, check it out. The left pic is before these next two steps and the right pic is with the right eye area completed and the left not yet! 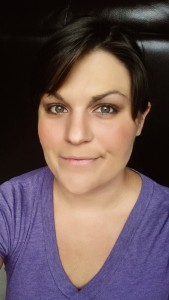 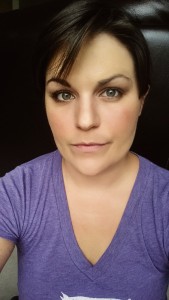 a.) Define your brows! If you don’t have a brow kit yet, no worries, grab a thin fine brush (ok, you might not have that either… just do your best with what you have, but not a big fluffy brush) and choose a brown that is closest to your brow color. Add some powder in the sparse spots, and make the edges as crisp as possible to define the area. Now that you’ve gone to all that trouble, soften it a bit with a short haired wire brush or just dab at it with a Q-Tip (don’t get those fuzzies in your eyes though!). 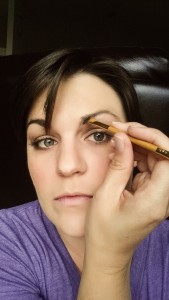 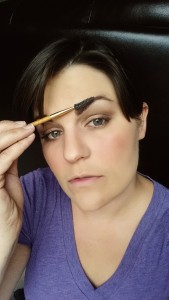 b.) Mascara! Put on your mascara. Unless you have HUGE eyes like Amanda Seyfried or Mila Kunis, you probably want to just apply it to all of your top lashes but just a few outer lower lashes. Putting darkness all around the eyes makes them look, you guessed it because of my stellar education in the laws of lights and darks, smaller! So choose accordingly. 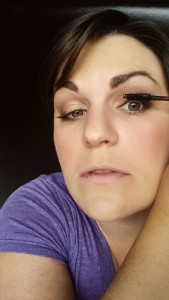 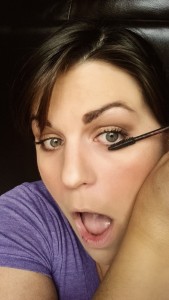 I forgot to take the completed pic until a bit later, oops! Here it is. You can see, it’s a super subtle look! Maybe I’ll update this sometime to include a more dramatic smoky eye – but I just wanted you to see that it’s not too hard or too crazy of a look! 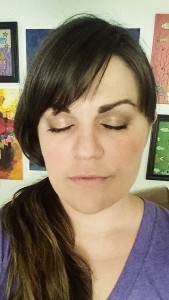 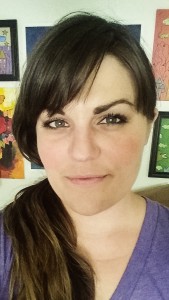